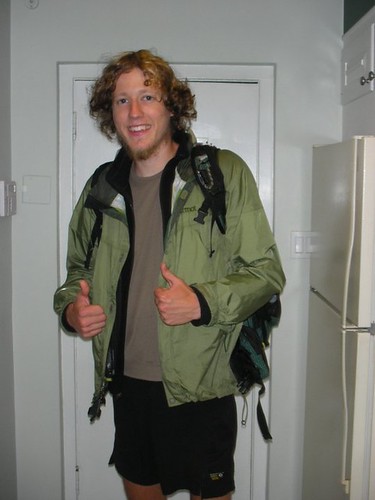 New Delhi: Andrew David Simpson had never thought that he will ever do Narmada Parikrama (making a round of Narmada River) but for his concern to raise awareness and money for the victims of Bhopal Gas tragedy.

“I wanted to do something for the victims of Bhopal gas tragedy which has been the single largest industrial disaster of all time and the idea of walk with the purpose of creating awareness for the victims of the tragedy appealed me,” Andrew informed this correspondent while talking on phone from Chainpura in Badwani districts in Madhya Pradesh.

Andrew’s Parikrama of Narmada is also aimed at raising money for the Sambhavna Clinic, which provides free medical care to the victims and children of the Bhopal gas leak.

During this Parikrama this 27-year-old professional guitarist will cover around 1600 miles which will take him more than two months. He started his Parikrama on 17th November and has already covered more than 725 miles.

Andrew has decided to pen the experience. After this Parikrama gets over “I am planning to write a book which will be based on the experiences I had during this two-month long adventure.”

So how is he finding this journey around Narmada?

“It’s really adventurous. I sleep on streets, in Ashrams and walk mostly with Sadhus (saints) who help me in deciding how to go about this Parikrama,” said Andrew who is a San Diego-based Canadian citizen.

“Yes, I faced many difficulties in the initial stages and once I was almost on the verge of quitting,” added Andrew, saying that it was because he found the hard and rocky ways along Narmada very difficult to walk and once some insect or a snake bit him which pained him a lot.

It wasn’t easy to walk through completely strange and dangerous jungles along Narmada River which is also prone to robbery and attack by different tribal groups, informed Andres. So to be on safer side he walks in a group of Sadhus.

“After walking for 4-5 hours we halt at an Ashram for food and other necessities and it has been a great interaction with the Sadhus who have been helping me a lot.”

Needless to say that walking is a passion for Andrew who has already walked around 6000 miles in his various adventurous walking expeditions in US and Canada but “walking for a cause” has its own satisfactory value.