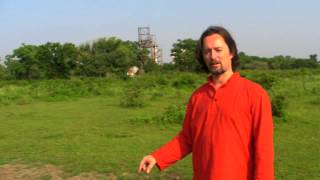 "We took water samples from hand pumps here and tested them in Exeter at Greenpeace's research laboratory where we found the levels of carbon tetrachloride now to be 3000 times the Environmental Protection Agency limits." Tim Edwards

Working across poetry, theatre and performance, with a background in the chemical sciences, artist-alchemist Avaes Mohammad has performed on stages across the UK, Europe, India, Pakistan and South Africa. His poem Bhopal, as commissioned by BBC Radio 4 won an Amnesty International Media Award.

Annie Murray is a writer with an educational background in literature, psychology of religion and journalism in the charity sector. She has been a fundraiser for the BMA since 2009 and  also involved in campaigning, including participation in the 'Die-In' protest against Dow's sponsorship of the Olympics in London in 2012.

Theoretical physicist, University of Oxford. Educated at the Indian Institute of Technology, Kharagpur and the TATA Institute of Fundamental Research, Mumbai, Subir has also worked in science education and outreach at Eklavya, Bhopal during 1988-89. He has been a BMA trustee since 2007. English dairy farmer and the creator of the Glastonbury Festival, which takes place at his farm in Pilton, Somerset. Labour politician and London Assembly Member for Brent and Harrow. Journalist and television presenter. He is the longest-running presenter of Channel 4 News, which he has been presenting since 1989.