India has threatened to boycott next year’s Olympic Games over a controversial sponsorship deal with a chemical firm.

Dow Chemicals will pay for and make the £7million fabric wrap that goes around the metal skeleton at the top of the Olympic Stadium.

The Indian Olympic Association are angry because Dow now own the Bhopal pesticide plant that leaked in 1984 at the cost of thousands of lives –  one of the world’s worst industrial incidents. 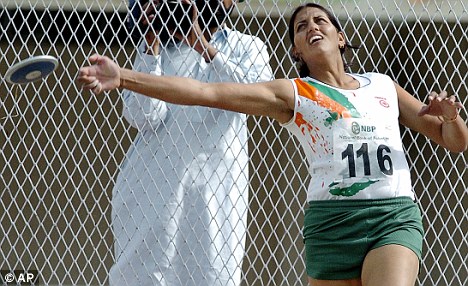 Under threat: India are expected to send 50 athletes to the Olympic Games next year but the country could pull out over a sponsorship deal with Dow Chemicals (file picture) 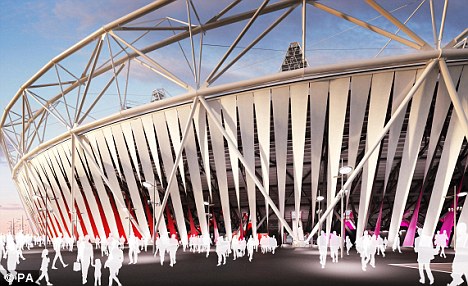 Curtain: An artist’s impression of how the Olympic Stadium will look with the a £7m fabric wrap made by Dow Chemicals

The IOA will vote on whether to boycott the Games on December 5 following a petition signed by their past and present athletes.

In a letter, he said it was not appropriate for a company linked to such a tragedy to be allowed to sponsor an event ‘considered as an ultimate expression of fair play, honesty and healthy endeavour’.

Concerns have also been raised by 21 Indian Olympic athletes who earlier this month urged London 2012 to end Dow’s sponsorship of a curtain-style wrap of the Olympic Stadium in Stratford, east London.

VK Malhotra, acting president of the IOA, said: ‘Many Olympic athletes are upset that Dow is sponsoring the London Olympics and they want to boycott.’

Up to 15,000 people died and tens of thousands  were maimed when poisonous gas leaked from the Union Carbide factory in Bhopal in central India in 1984. Dow bought Union Carbide in 2001 but denies responsibility for Carbide’s Bhopal liabilities. 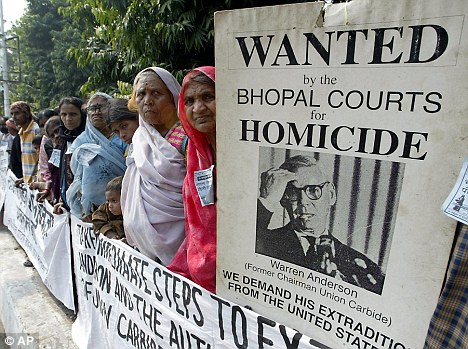 Scarred: Bhopal gas victims hold posters during a demonstration New Delhi, India, in 2004 against the industrial disaster that killed 15,000 people 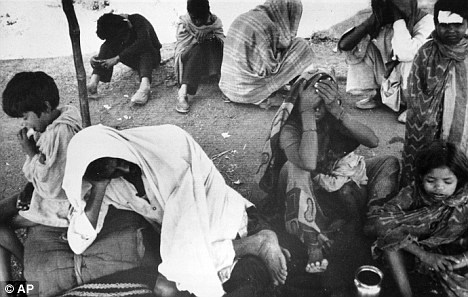 Devastating: Children hold their heads in their hands after being hit by a poisonous gas leak from the Union Carbide pesticide factory in 1984 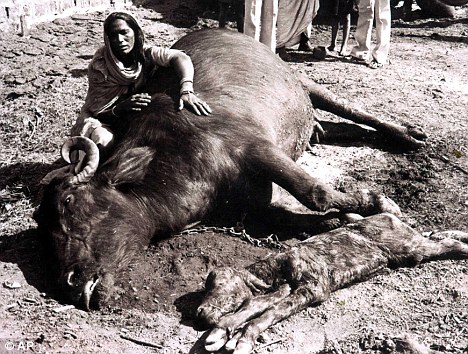 Trauma: A woman sits on the ground with her dead buffalo and a calf, both of which were killed after the gas leak in Bhopal

American Chemical manufacturers Dow are a partner of the International Olympic Committee and due to support the movement for the next decade.

They made napalm and Agent Orange for the US government during the Vietnam War. And, more controversially in this instance, they merged in 1999 with Union Carbide India, who ran the Bhopal plant.

India are planning to send 50 athletes to London. They would not be expected to figure highly in the medal table.

A London 2012 spokeswoman said: ‘We have had absolutely no indication from the IOA that there are any plans or discussions to boycott London 2012.’

The International Olympic Committee (IOC) said it would ‘oppose’ a boycott amid reports that Indian athletes have called on the Indian Olympic Association to pull out of the Games.

An IOC spokesman said: ‘We understand from the (Indian) National Olympic Committee that they would of course be willing to discuss any concerns with their athletes. However, reports of a boycott of the Games are not accurate.

‘The IOC would of course oppose a boycott, as ultimately the only people hurt by actions like these would be the athletes themselves.’

The IOC said it recognised the Bhopal disaster as a ‘very tragic event’ but added: ‘The IOC understands that Dow never owned or operated the facility in Bhopal, and that the State Government of Madhya Pradesh owns and controls the former plant site.’

In defence of Dow, the IOC noted: ‘Dow is a global leader in its field of business and is committed to good corporate citizenship.

‘The company has supported the Olympic Movement for over thirty years, providing financial support and bringing industry-leading expertise and innovation to the Games.’